How large is Jasper Alberta's Wolf? 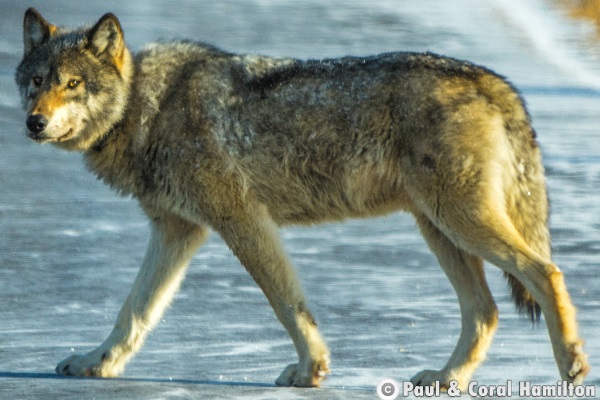 Where do wolves live?

Timber Wolves Eating a Big Bull Elk after the Hunt

We consider these moments to be very lucky as there are so few Timber Wolves in this area. Here, we saw 4 Wolves.. 2 Black and 2 Grey feeding on a very large elk Bull carcass. Initially, the Bull Elk carcass was out on the ice, but the wolves managed to drag it to the shore over a day or two. Thank you for your patience with the quality here.. we are fully zoomed out and still had to crop it in half to bring the Wolves into a decent view. Because the Grey Wolves blend in so well, our gear also struggled to focus in the poor light and distance at times.

Wolves after the Hunt in Jasper Alberta, May 2019 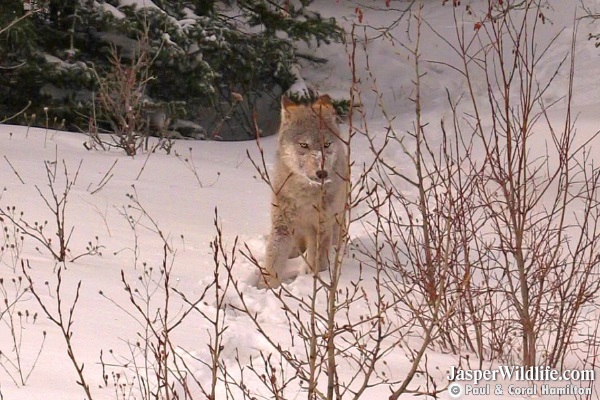 Wolves are territorial with packs occupying an area that they will defend. Wolf pack territories vary greatly, mostly dependent on the abundance of prey available.

Hunting in packs consists of complex patterns of social behaviour. Wolves are social animals, typically made up of a family male, female, and pups as the basic pack unit. Other adults or pups of previous years or even adults from other packs may also remain in this basic family unit.

Wolf pack bonds are strong during winter, when wolves travel and hunt together. In summer with young pups to feed, wolf adults seldom go very far, but some members of the pack may cover great distances. 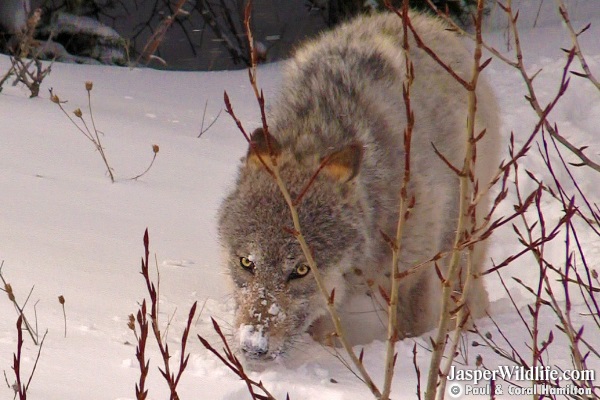 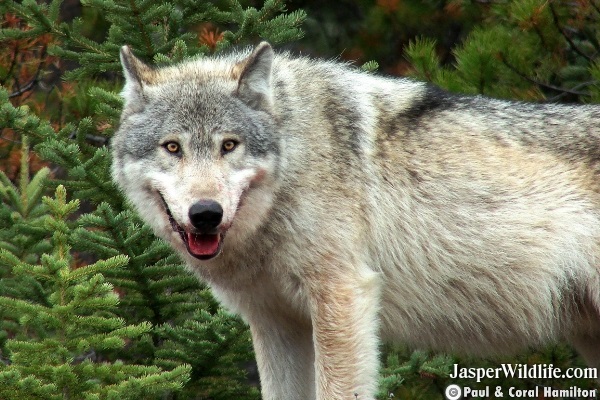 Details on the Jasper Wolf 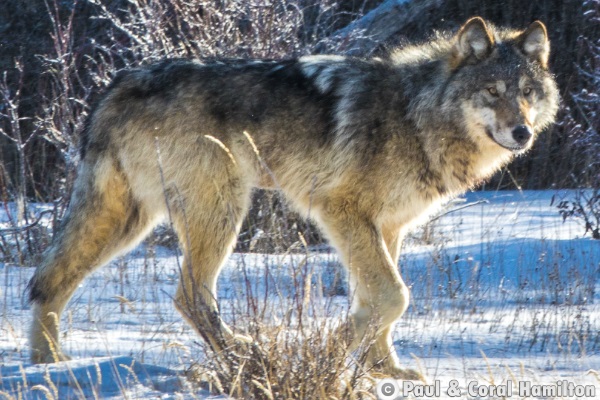 The wolf is a carnivore, both predator and scavenger. Prey is located by chance or scent. Wolves primarily hunt in packs for large prey such as moose, elk, bison, musk oxen, caribou/reindeer and deer. Once these large ungulates are taken down, the wolves attack their rump, flank, and shoulder areas. Wolves control prey populations by hunting the weak, old, and immature. A wolf can consume up to 9 kg of meat at one meal. Wolves usually utilize the entire carcass, including some hair and bones. Smaller prey such as beavers, rabbits, and other small mammals are usually hunted by lone wolves, and they are a substantial part of their diet.

This video shows a Wolf Pup in March observed on it's own, with food. Wolf pups howl and call out for the other pack members when left alone. Typically, it's only a few days at the most, with Wolf pack members taking turns to visit, play with and care for other members of the pack. Young Wolf Pups are often left in a rendezvous site while older Pups accompany the pack further afield to be introduced to trails, scents, potential pray and hunting strategies. 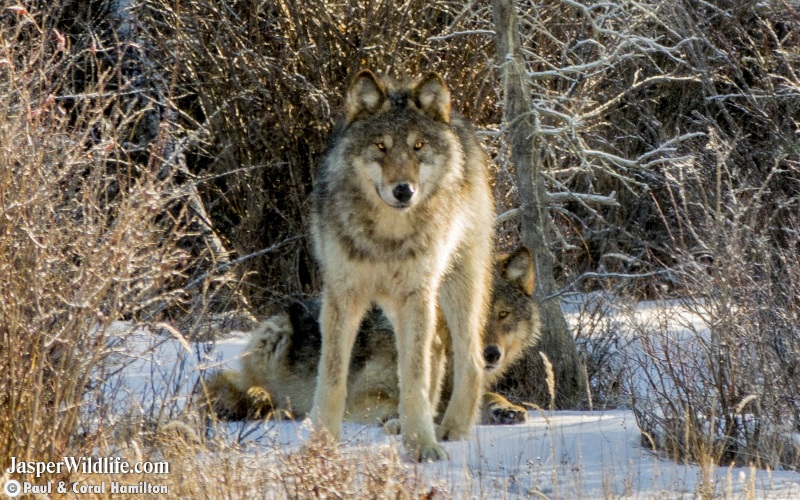 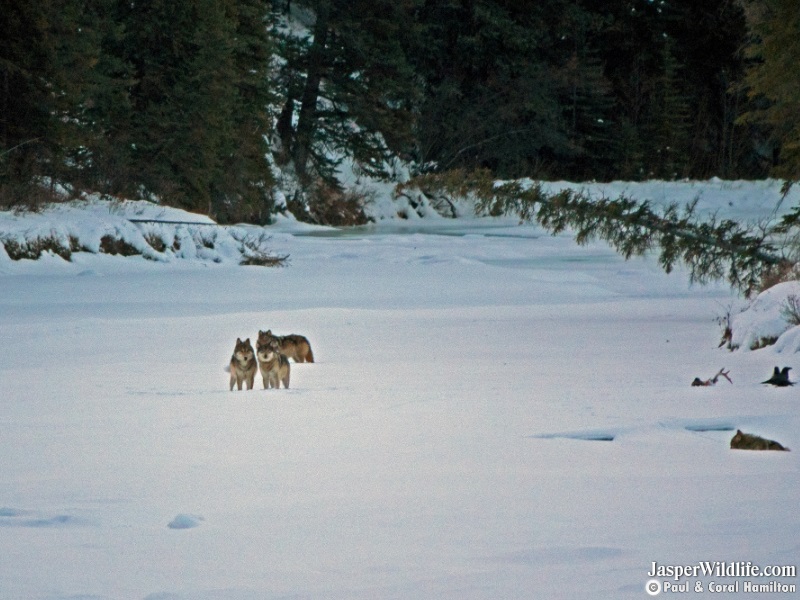 4 Wolves near the Jasper Town site in winter, 2020 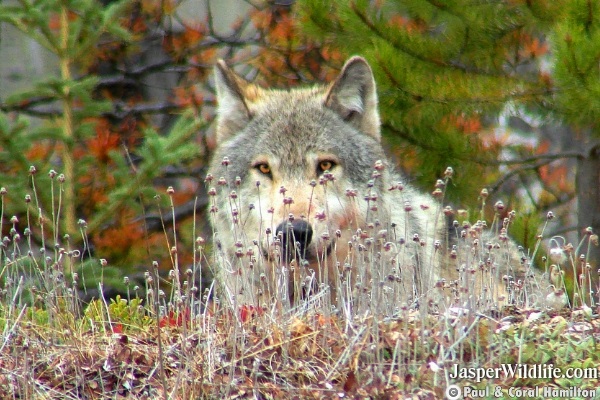 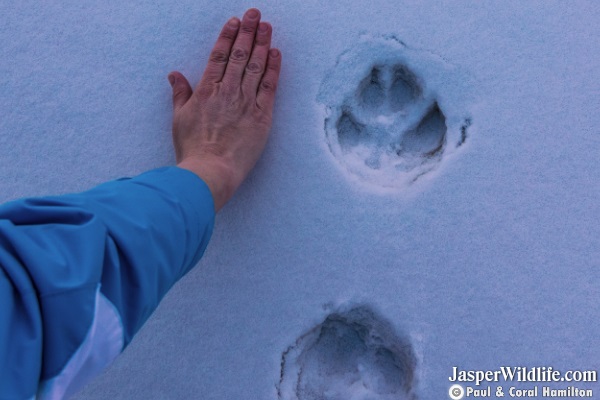